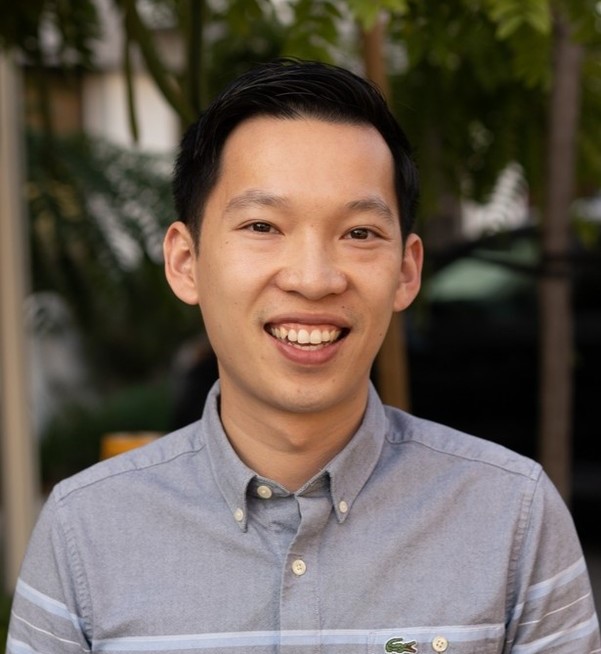 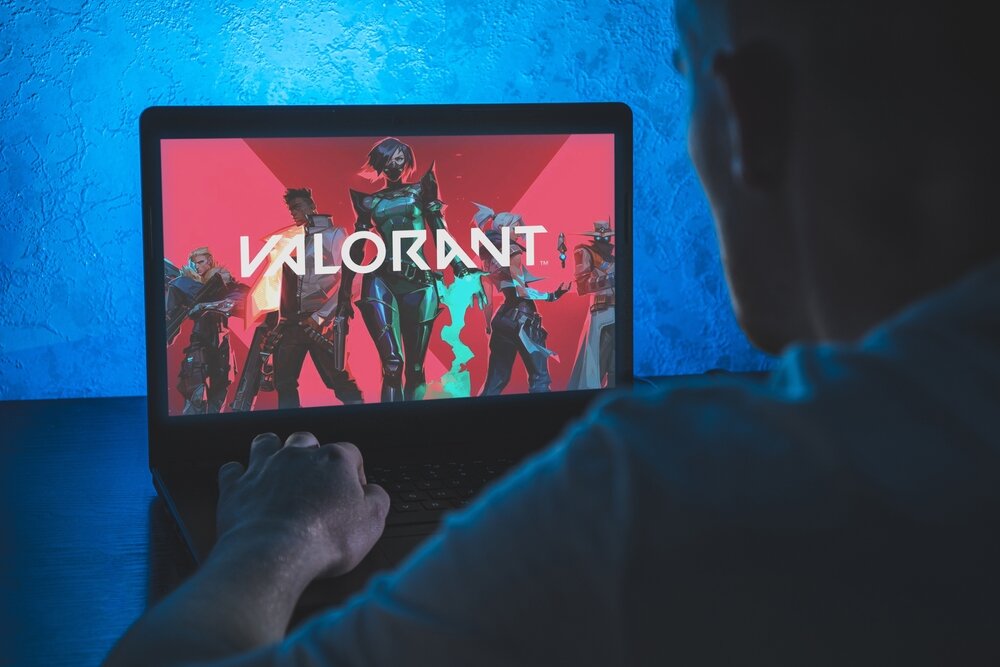 Valorant's seventh map, Fracture, brought some spicy new flavor to the game back when it was released in 2021 as a part of Episode 3, Act 2. Valorant differentiates itself from other games in the FPS genre with its twists on the attacker-defender dynamic, which is clear on Fracture. The map is seemingly designed in a way that empowers the attacker side with an advantage over the defenders.

That being said, there are some strategies you should know when it comes to playing on Fracture, so keep reading to find out. 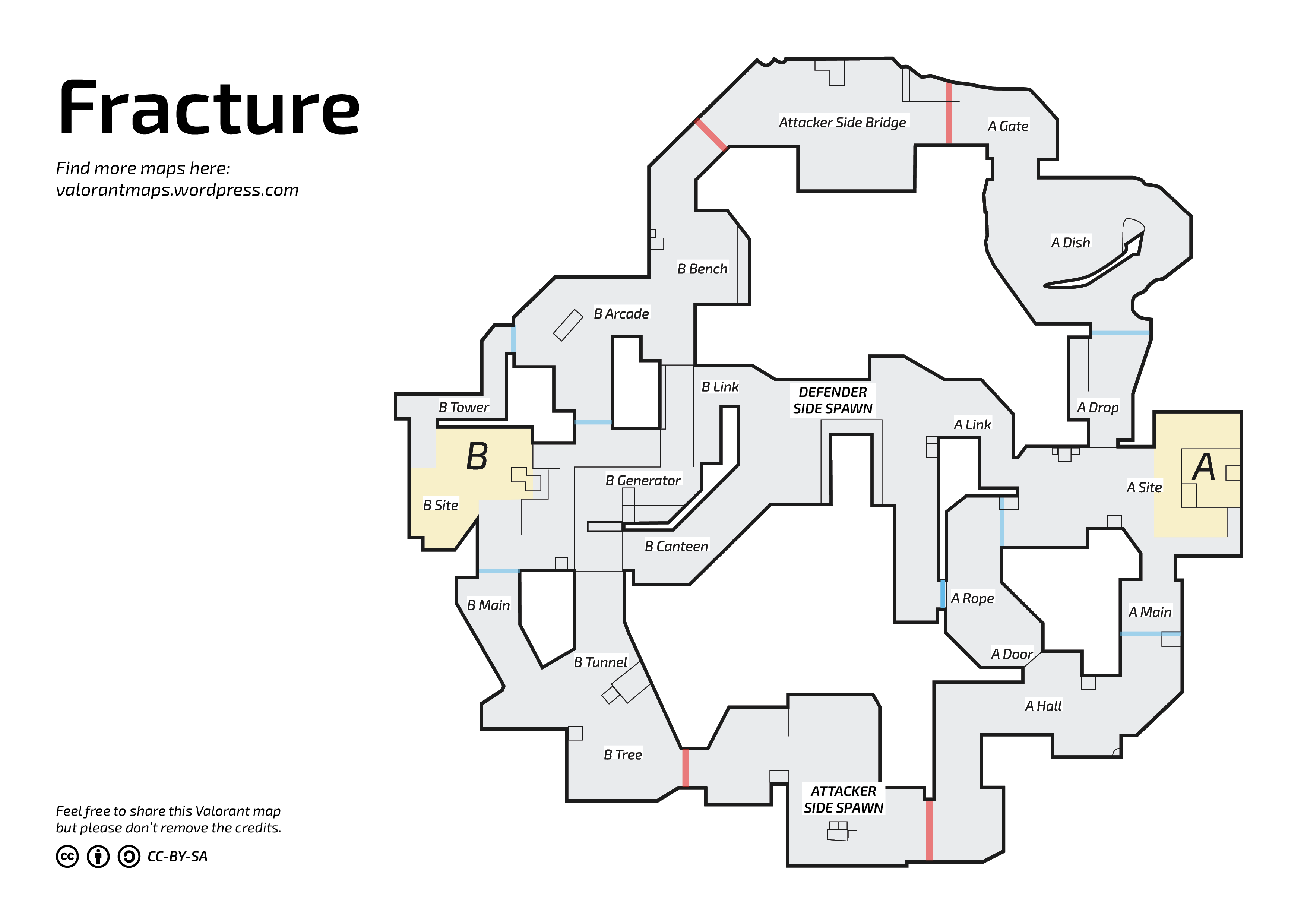 While Fracture is a massive octagonal-shaped map, it plays like an H-shape due to the positioning of the attacker spawns and zip lines. While that makes it extremely difficult for the players new to the map to coordinate with their teammates, it also allows for those who know the ins and outs to make some sick plays. The attacker spawn is located on the bottom of the map, but can immediately access the top side through the zip line, and the defender spawn is encased smack dab in the middle of the map.

There are four Ultimate Orbs scattered across the map.

» Want free skins in Valorant? Take a look at the 2 in-game methods for doing so

Attacking A Site on Fracture

When attacking A Site, pay attention to A Rope and A Main. A Rope is a choke point you really want to have control over as it is an essential location to hold for both attacking A Site and after planting the spike. With control over A Rope, A Main becomes a safer option to get to A Site, as you can worry less about flanks coming from A Hall while having great coverage over A Site post-planting.

Your goal here is to quickly gain control over the key areas mentioned above to have strong positioning for A Site and line of sight into Defender spawn.

Having your Controller smoke key areas like A Rope and A Link to impede defender advancement to A Site will do wonders for progressing through A Hall. Once you've planted the spike, A Main is a solid position to defend so long as you cover flanks from potential enemies wrapping around from A Hall.

Defending A Site on Fracture

When defending A Site, pay attention to A Hall and give at least a little attention to A Drop. Attackers will be rushing to secure A Rope, so make sure you are ready to counter. And though A Drop is not the preferred mode of entry for Attackers into A Site, be sure to respect the possibility.

Your goal here is to gain control over A Rope, as it will allow you to keep watch over the A Drop entry while being ready for the action coming from A Hall.

Do not hunker down in the defender spawn! Fracture makes this an awful position that is easily beaten out with a couple of smokes from the opposing team.

Attacking B Site on Fracture

When attacking B Site, important callouts are B Tower, B Link, and B Canteen. Gaining control of B Tower gives you excellent lines of sight to the entry points into B Site leading into and post plant. B Link and B Canteen are important areas to launch smokes, singling out enemies on the defending team as you look to take B Site.

Your goal here is to attempt to gain control over B Tower as quickly as possible.

Push hard in the beginning, and then be sure to mix things up and keep defenders guessing. There are even more entries to B Site for defenders to cover, so use that to your advantage and catch them off guard.

Defending B Site on Fracture

When defending B Site, keep watch over B Arcade and B Main, the main entry points where attackers will push into B Site.

Your goal here is to take out enemies with your Duelist leading the charge to try to get an upper hand on enemies advancing into B Site.

As we mentioned before, defenders have it rough on this map with the number of entries they need to cover, so try to get early picks to turn the odds in your favor.

The attacker and defender spawn positioning is a big part of what makes Fracture so different, which also means it takes a while to become accustomed to the imbalance. There are things you will get a grasp of with enough experience running through dozens of matches on the map.

Lots of players will plant on Heaven on A Site, hiding behind the wall in the corner for cover. You can actually wallbang this wall, but not always! The angles and guns you use will actually determine the success of this method. Jump into a custom match with a friend to get an idea of how this works.

Fracture is also special in that there is an extra Ultimate Orb on each site, totaling 4. Take advantage of this! Especially as you are still getting used to playing the map, having your ult up and ready might be the boost you need to push forward with confidence.

» Get free rewards just for playing: Download Buff and see how it works﻿

Teamwork Is Essential on Fracture

More so than most other maps, teamwork is paramount for successfully winning on Fracture—especially if you are defending. Stick to the advice we've provided in this article and be sure to run a few custom games to practice the strategies.

» Not sure what to use your Buffs for? Learn all you need to know about Buff Points﻿