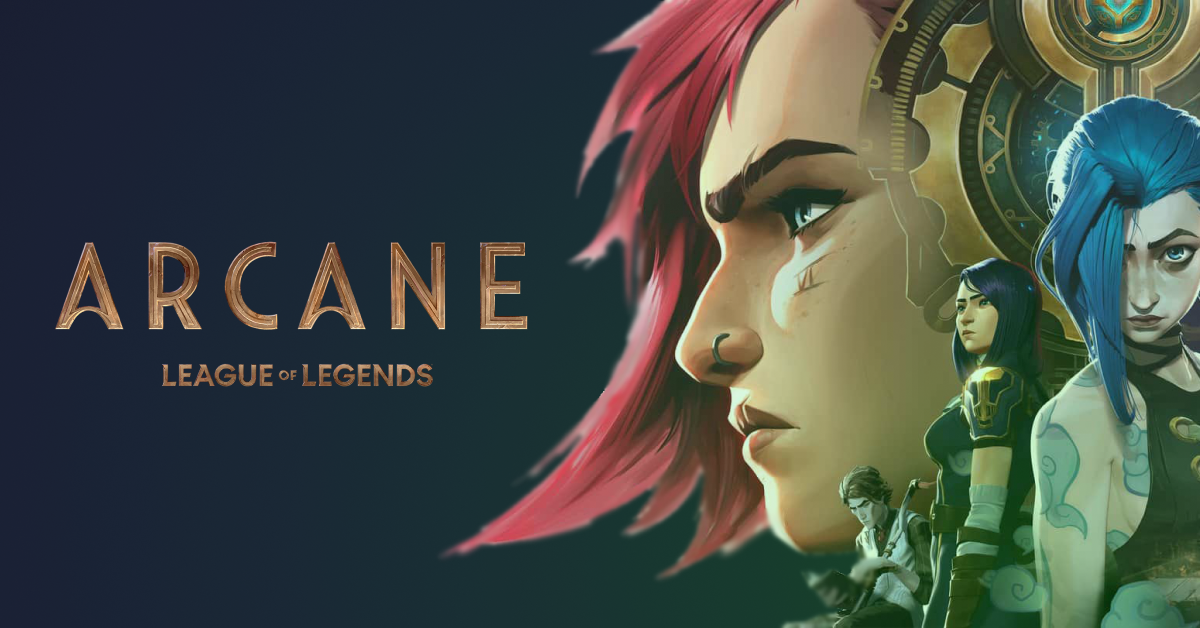 For years, fans have been wondering what the next move for League of Legends’ developer Riot Games would be after the success of their games. It was always a matter of time when Riot Games would try their luck in making an animated series. The studio usually created amazing animations to promote everything — from new characters over esports tournaments to music. They did all of that with expanding League’s storytelling in mind — something that’s tough to do within the area of a team-based strategy game. This time, they delivered a nine-episode series called Arcane for us to see. The best part: not only is it a lot of fun, but you don’t have to know anything about League to get into it!

Arcane’s story focuses on two of League’s most important locations: Piltover and Zaun. These two cities occupy the same area of the world and are sort of like sister cities, with one on top of the other. These two cities are the exact opposites: Piltover is the ideal city and many of its inhabitants are hardworking scientists — hence why the city is referred to as “the city of progress”; Zaun is a crime-ridden, unregulated technological dystopia and the city was also known as “the Undercity” in its earlier days. league of legends anime is also very popular.

The stories of the two cities are familiar to most League fans. But while the game portrays Piltover as good and Zaun as evil, Arcane shows us that not everything is black and white. As it turns out, Piltover held down Zaun for years, forcing its leaders into disadvantageous and unpopular protection deals, wielding immense police power like a cudgel to keep its poorer populace in line. The decades of mistreatment helped push the disgruntled citizens of the Undercity towards the mysterious Silco, who promised to transform the Undercity into the city of Zaun and will do anything to gain power over Piltover.

In the first four episodes, the show focuses on two separate duos across Piltover and Zaun: sisters that lost everything and are fighting their way out to survive — Vi and Jinx, and scientific partners who are working on controlling magic and revolutionizing the city — Jayce and Viktor. All four of them are present in League of Legends and their stories astoundingly mirror the cities they inhabit.

Vi and Jinx are the center of the story — the tragedy they went through and how they still held together after it makes for a great emotional ride. Jinx, initially named Powder, is trying to find her place in her sister’s shadow while Vi, full name Violet, is trying her best to ensure that Jinx is safe alongside her.

The story moves from emotional to grand when it comes to Jayce and Viktor who are representing something bigger than themselves — the city, the progress, the endless possibilities! They are both considered geniuses of their generation in Piltover. Their partnership in the early days doesn’t go as smoothly as they couldn’t agree on how much they’re willing to risk public safety in the name of science.

Besides the four main characters, the show includes a few recognizable faces from the League of Legends game: Heimerdinger, Ekko and Caitlyn, as well as completely new additions like Vander, Mel, Mylo and the previously mentioned villain, Silco. Their screentime at the beginning is very low — but their role in the world of Arcane is very significant. There are hopes that we will get to see more of them as the series continues! On top of that, the series will most likely feature a few more characters that will be recognized easily by League’s fanbase.

Because the League of Legends universe only ever existed in sketches and the game, Arcane doesn’t rely on any prior knowledge of Runeterra. The dozens of little Easter eggs and moments of foreshadowing provide special nods to longtime fans, but the story itself is just as easy to follow and effective for new viewers as it is for League of Legends veterans.

Just like in any other animated series — its characters and setting are only as good as the art that depicts them, and it’s here that Arcane delivers. The series, which was animated by Riot Games and Fortiche Production, is absolutely mesmerizing — especially when you consider how other Netflix shows are that often rely on simpler and less expressive character and world designs. Its style is reminiscent of a paint-like Grafitti style that’s particularly striking in vast landscapes and it beautifully conjures up shots of both Zaun and Piltover’s massive towers and sprawling buildings.

Arcane’s characters also look great, striking a balance between a style that feels close enough to League of Legends’ art but is also comprehensive enough for narrative animation. Characters’ faces are expressive and emotions feel very natural. The show’s battle sequences are also very engaging, mixing in slow motion, unique angles and terrific use of multiple perspectives to help keep the action on-screen clear and fluid as well as kinetic and exciting.

There could have been a version of the League of Legends animated series that Riot Games could debut on their website, engaging only the fans of the game and it would cost them way less money. This version would be risk-free — existing fans likely would have loved it. Instead of doing that, Riot Games joined forces with Fortiche and they took a risk by working on something that would attract a way wider audience. We believe that they succeeded in creating a magnetic world that both long-time League of Legends fans and the newer audience will enjoy.

June 14, 2022
We use cookies on our website to give you the most relevant experience by remembering your preferences and repeat visits. By clicking “Accept All”, you consent to the use of ALL the cookies. However, you may visit "Cookie Settings" to provide a controlled consent.
Cookie SettingsAccept All
Manage consent