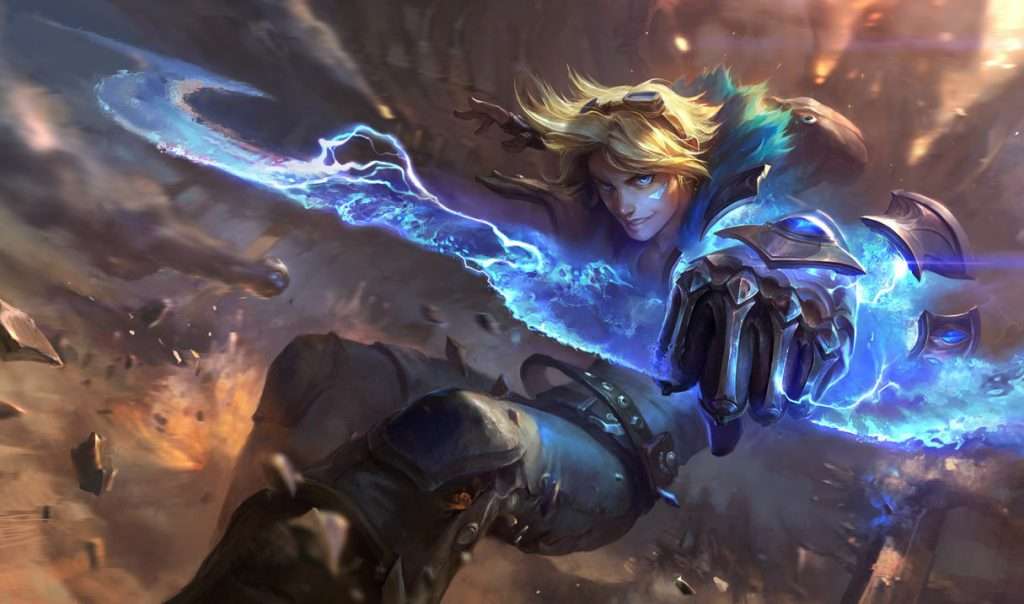 Download League of Legends here, the marksman class excels at dealing reliable and sustained damage from afar, typically via basic attacks while skirting the edge of danger. One such champion is Ezreal, better known as the “Prodigy Explorer.”

Ezreal’s legacy is the mage class, where he can deal high magic damage by casting his skill, and when you combine significant damage with long-range and precision—you get a formidable champion.

He’s one of the few marksmen in the game with a powerful kit that makes it convenient for players to focus on individual targets, and he’s one of the most popular and incredibly fun champions to play!

A dashing adventurer, Ezreal explores the universe his way, tangling ancient curses, raiding long-lost catacombs, and overcoming seemingly impossible odds without any issues. He’s known to improvise his way out of anything—his courage and bravado know no bounds.

Ezreal gets called many names, and though the mysteries behind this wanderer are yet to be solved, one thing is for sure—whenever he’s around, trouble isn’t too far behind.

Ezreal was born and raised in the affluent part of Piltover and was always known to be a curious child. His parents were famous archaeologists and weren’t home most of the time—leading Ezreal to let his imagination run wild.

He loved hearing tales of high adventures from his parents, sharing their desire to fill in the blank spaces on every map. When they were home, Ezreal’s parents, especially his father, told him about their journey.

But one expedition got Ezreal’s attention the most—and that’s his parents’ plans to look for the lost tomb of Ne’Zuk, a Shuriman tyrant said to be able to jump from one place to another.

As Ezreal grew older, his parents’ visits grew longer, and until one year, they never returned, and upon this news, his uncle tearfully admitted that they’d likely perished.

But Ezreal didn’t accept that and gave up his studies to pursue his parents’ whereabouts. During his journey, he managed to uncover the tomb of Ne’Zuk and found a gauntlet humming along with his heartbeat, and realized it was the fearsome weapon fit for god-warrior.

After returning to Piltover and attaining new power, Ezreal found himself going from adventure to adventure along with his gauntlet.

He then decided to grow his reputation to the point he could make a name for himself as the “greatest adventurer in the world.” Then his parents would surely return.

Ezreal is a self-assured explorer with the unique ability to find his way out of trouble, traversing Runeterra seeking new adventures every day. He’s armed with a magical gauntlet that came from the ruins of ancient Shurima.

He tempts fate every day by going to dangerous and uncharted locations, daring to untangle the world’s most cryptic mysteries, fighting all kinds of creatures along the way.

Here’s a look at Ezreal’s unique skills and abilities:

When Ezreal attacks enemy units using his abilities, it’ll provide him a stack of Rising Spell Force—where each one will grant him 10% bonus attack speed, which can stack up to five times.

The Mystic Shot is where Ezreal fires a projectile in a target direction, inflicting physical damage to the first enemy unit it hits. Mystic Shot may also apply on-hit and on-attack effects while healing off the amount of life steal Ezreal has.

Additionally, hitting an enemy with a Mystic Shot can reduce Ezreal’s ability cooldowns by 1.5 seconds.

This attack is where Ezreal fires an orb-like projectile that’ll latch onto individual enemies, monsters, or structures for 4 seconds. While stunned, hitting an enemy using Ezreal’s W latched onto them allows him to inflict additional magic damage.

Essence Flux can also refund its mana costs, restoring up to 60 mana, speeding up the times you can use it.

Arcane Shift is an active attack that lets Ezreal blink to a target location while firing a homing blot of energy to a nearby enemy, inflicting magic damage while revealing them briefly. Arcane Shift prioritizes targets marked by Ezreal’s W.

The Trueshot Barrage is an active attack where Ezreal fires a projectile in a selected target direction, dealing damage as enemy forces pass through it while revealing the location it flies through.

Ezreal has always been one of the best ADCs in League of Legends and is a famous fan favorite. Although he may fall out of the meta from time to time, Ezreal was never labeled a “weak” champion.

With a solid 51% win rate and above platinum ELO, Ezreal is a strong pick, and in the hands of an experienced player, even during his weakest, Ezreal still has the same impact as the strongest ADC.

Here are tips and tricks to help you polish your Ezreal gameplay and bring your team to victory—every time.

You can read about LEE SIN next!