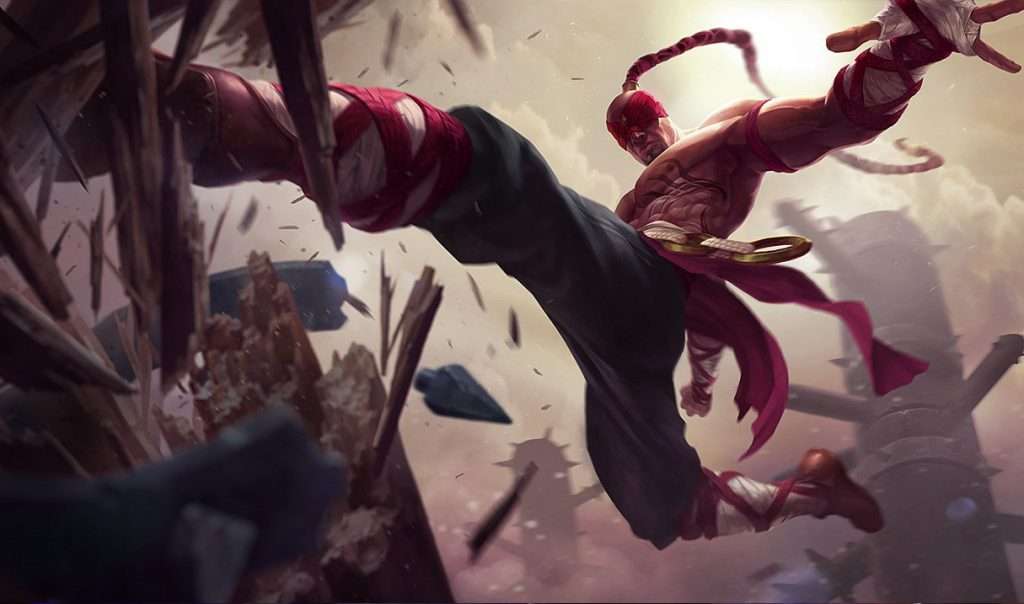 Assassins, also known as Slayers, are fragile but highly damaged-focused melee champions that aim to take down targets swiftly, and Lee Sin is one of the best in https://www.buff.game/league-of-legends/.

He’s a principled fighter who can channel the dragon spirit’s essence to aid him in his fights. Enemies underestimating Lee Sin’s meditative demeanor will endure his burning fists and fiery roundhouse kicks.

Lee Sin may have lost his sight years ago, but that didn’t stop him from fighting evil, devoting his life to protecting his homeland against anyone who’d disrupt its sacred balance.

Who is Lee Sin?

Lee Sin is a master of Ionia’s ancient martial arts who originally joined a monastery who saw his talent and uncovered potential—where he eventually made Ionia his home.

When the Noxus empire had invaded and occupied Ionia, Lee Sin invoked the dragon spirit, which helped him bring the Ionian people to win. However, this is also when Lee Sin left the monastery in ruins and discovered his vision would never return.

Devastated and agonized, Lee Sin tried to stagger away down the mountain paths—but the surviving elders in the monastery stopped him and convinced the “disgraced pupil” was finally ready to begin anew.

Lee Sin then continued to stay with the remaining monks to rebuild their monastery. However, after finishing mending what got destroyed by Noxus, Lee Sin returned to the Freljord, where he devoted himself entirely toward the pursuit of enlightenment.

He has continued to meditate on his role in Ionia years after the Noxus invaded Ionia, dedicating himself to protect his homeland alongside the dragon spirit within.

Lee Sin is a champion that focuses on melee combat and boasts excellent speed. Thanks to these traits, he’s one of the most lethal champions in League of Legends because of his continual damage output potential.

All those allow Lee Sin to stand out among the best champions for Jungle.

Lee Sin’s initial attack will restore anything between 20 to 40 energy, and his second attack restores half of that amount.

While the target direction is marked, Lee Sin can cast Resonation Strike, where he’ll dash to surrounding enemies marked by his Sonic Wave, consuming the mark upon arrival to deal them physical damage, increased by 0% to 100%.

Safeguard / Iron Will: This skill lets Lee Sin dash to a target allied unit’s location quicker. If the ally’s a champion, both they and Lee Sinn will be granted a shield for 3 seconds upon arrival, and Safeguard’s cooldown is halved.

You can self-cast Safeguard to shield yourself, protecting you against enemy units. If you use Safeguard, Lee Sin will cast Iron Will after 3 seconds.

Tempest / Cripple: When you cast Tempest, Lee Sin will smash the ground beneath him, inflicting magic damage to surrounding enemies while marking them for 4 seconds.

If you hit an enemy unit, Lee Sin can cast an additional skill, Cripple, after 3 seconds. When Cripple is activated, Lee Sin will slow all nearby enemy units marked by Tempest for four extra seconds.

Dragon’s Rage: When activated, Lee Sin will root the targeted enemy champion during its cast time. While in effect, he will roundhouse kick the enemy unit, dealing physical damage and knocking them back for one second.

Any enemy unit colliding with the displaced enemy champion will receive bonus physical damage and get knocked up for one second.

Lee Sin is one of the most popular and played champions. His kit makes it easy to outplay the enemy and make himself more difficult to counter when played right.

However, he’s one of the most challenging champions to play since he follows an aggressive playstyle. If you’ve mastered Lee Sin, he can carry games and help you learn more about countering other champions with ease.

Here are tips and tricks to help you master Lee Sin’s aggressive playstyle:

Read about another one of LOL champions, EZREAL!