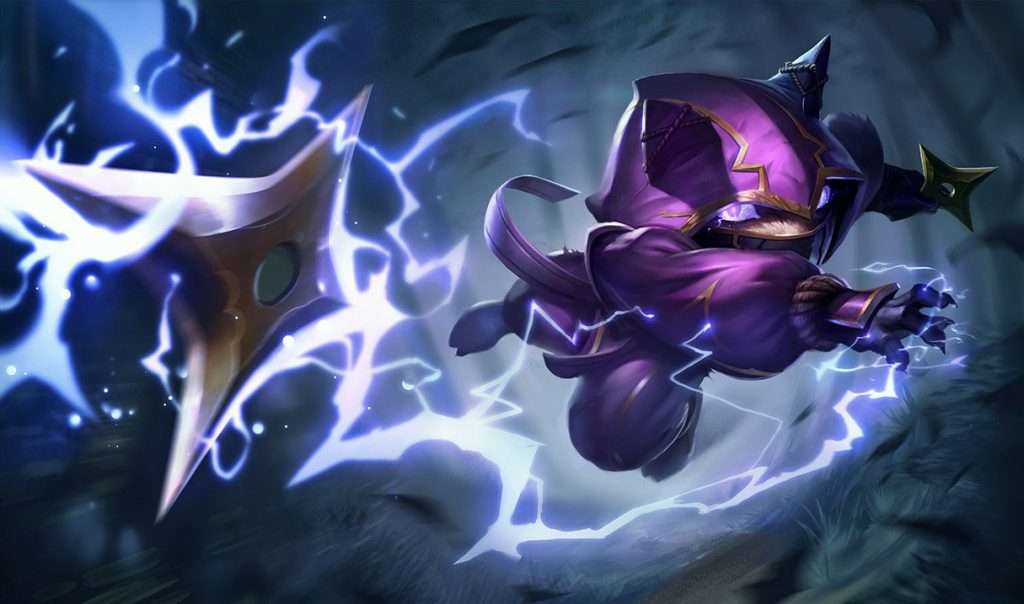 Visit League of Legends downloads, the Yordle are a race of spirits taking the appearance of tiny mammalian bipeds and usually stay in a mystical place called Bandle City. Although some have ventured out to live throughout Runeterra, and one of those Yordles is Kennen.

Kennen is the only Yordle member of the Kinkou order, acting as the enforcer of Ionian balance. Despite his small stature, Kennen’s eager to face any threat with a storm of shurikens and limitless eagerness.

Alongside his master Shen, Kennen roams throughout the spirit realm, using his lethal electrical energy to face his foes.

Kennen is the longest-standing member of the ancient Kinkou Order and the only Yordle in the organization, serving as the first and sole Heart of The Tempest.

At a young age, Kennen was intrigued by the Kinkou Order. As a creature of the spirit and material realm, Kennen proposed that he was the best choice to become the arbiter.

The Kinkou order accepted his wisdom. For centuries, Kennen used diplomacy and force to maintain the balance of Ionia.

As part of the new triumvirate, Kennen passed judgment on how the people could preserve the sacred balance, and his friendliness and diplomacy kept the Kinkou in harmony.

Now, Kennen aims to protect the harmony of the First Lands with his shurikens and lethal electrical energy.

Kenne is a Specialist Mage Champion commonly played on the baron lane, playing a vital role in team fights as the initiator or control. He’s an S-tier team fight pick.

Although Kennen’s a relatively easy-to-play champion, he’s challenging to master. He scales with mainly his abilities. He can turn the tides of most team fights, given the opportunity to do so with his unique spells.

Here’s a closer look at Kennen’s skills and abilities:

Mark of the Storm: This passive skill lets Kennen’s abilities apply a stack to affected enemy units for 6 seconds, stacking up to 3 times. The duration of the effect refreshes upon using the second stack.

When you’ve applied three stacks to an enemy unit, the stacks are consumed, stunning them for 1.25 seconds and while restoring 25 energy.

Thundering Shuriken: When activated, Kennen will throw a charge shuriken in a target location, inflicting magic damage to the first foe it hits.

Passive: This passive skill grants Kennen a stack of Electrical Surge on-attack, and it can stack up to four times. When you reach four stacks, Kennen’s subsequent basic attacks on-hit will consume all Electrical Surge stacks.

It will then deal bonus magic damage and apply Mark of the Storm to an enemy unit.

Active: When casting Electrical Surge, Kennen will send out a surge of electricity to surrounding enemy units afflicted by Mark of the Storm or Slicing Maelstrom—inflicting magic damage.

Enemy units afflicted by either Mark of the Storm of Slicing Maelstrom need to cast their abilities to be affected.

You can recast Lightning Rush after 0,5 seconds for its duration and automatically does so after its period.

While in his transformed state, Kennen can deal magic damage to all enemy units he passes through. He can restore 40 energy if he damages at least one enemy.

Recast: When recasting Lightning Rush, Kennen will end it and gain bonus attack speed for four seconds. You can use this recast even when under crowd control.

Slicing Maelstrom: When activated, Kennen will summon a Shuriken Storm, a magic storm around himself for three seconds.

While in effect, Kennen gains bonus armor and magic resistance alongside “striking” bolts of lightning down on surrounding enemy units every 0.5 seconds. Each lightning bolt can deal magic damage to each enemy hit.

Slicing Maelstrom applies a Mark of the Storm effect, which maxes out at 3 per unit. Additionally, it can inflict 10% increased damage with each successful strike against a foe, up to a maximum of 150% in one strike.

Kennen is a Yordle and hybrid damage top-laner. Since he’s a ranged champion, he can harass most top-laners. He bases his damage on his auto-attacks and spells, so you’ll need to master both aspects to get the most out of this champion.

Here are tips and tricks to help you get better at using this small yet deadly champion:

You can read about CASSIOPEIA next!