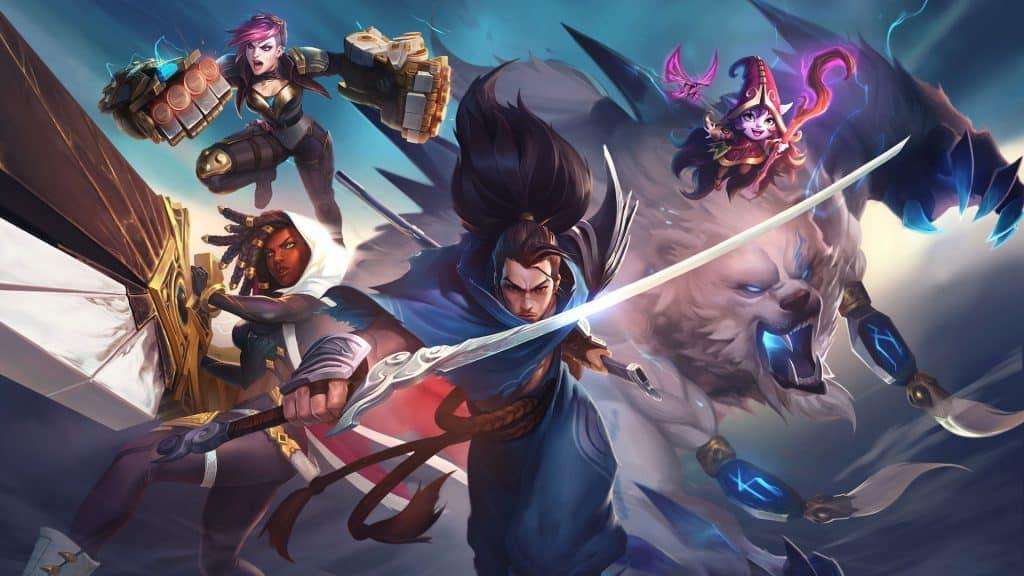 Riot Games is working on a “cinematic universe” for League of Legends to expand their successful MOBA franchise to film and television following Marvel’s blueprint for creating a movie franchise.

According to several Riot Games want ads published in early August, the League of Legends developers are now seeking to expand their IP into theatrical releases. Riot is seeking two key positions to establish its “cinematic universe.” Riot is looking for a “Global Head of Live-Action Film,” responsible for live-action full-length features, and a “Global Head of Live-Action TV,” who will be responsible for TV series. These positions will coexist alongside the existing animated department, which is currently working on the “Arcane” series coming to streaming services later this year. Refer to lol champion history to find out lol champions.

Live-Action Film and Live-Action TV heads will be based in the leading studios of Riot Games in Los Angeles.

According to Riot Games, “As the gaming landscape continues to collide with entertainment, we’re creating a new team to bring Riot’s IPs to players around the world in exciting ways, and introduce new audiences into the fold.”

“We aim to show gamers and the world that entertainment now starts with games,” says this team.

Once these two positions are filled, Riot will begin work on scripts for the League of Legends series and map out a cinematic universe franchise, according to Inside Gaming.

Since 2019, Riot Games’ expansion into new areas beyond their decade-old League of Legends game has been breathtakingly successful. The designers debuted Riot Games’ first first-person shooter, “Valorant,” just last year, and they’ll have a slew of future titles on the docket as well.

As part of their development push, Riot Games has a new fighting game, a single-player game based on Ruined King, an adventure game named “Project F,” Conv/rgence, a tabletop game release of “Tellstones,” and an MMORPG are among them.

The auto-battler game TFT has also proven to be a runaway success. However, League of Legends fans has been requesting a movie or movie franchise set in Runeterra.

A cinematic universe is still in its early drafts, and it’s tough to say what it will look like. Given Riot’s blockbuster success, it seems likely that its new live-action teams will follow Marvel’s example. “Arcane” is set to premiere on November 6, 2021. It is considered a first step, and further developments may hinge on the show’s success.

The success of Marvel is a benchmark for the creation of a cinematic universe. It is cohesive storytelling that highlights storylines from the comics. In effect, the stories within the MCU are separate from the various story arcs and retelling of the characters. It took Marvel more than ten years to get to Infinity Wars.

Riot Games has a large stable of game characters with solid background stories. The narratives flesh out the details for the gamers to better appreciate the character’s roles, skills, and unique capabilities.

Arcane is a CG series focusing on the origins of League of Legends characters from Zaun and Piltover. Prominent roles like Caitlyn, Jinx, Vi, and Warwick are expected to be in the series and star sisters Jinx and Vi.

Because the animated series is outside of the jurisdiction of the new Live Action Team, it is uncertain whether “Arcane” will be integrated with the succeeding LoL cinematic universe.