The 7 Best League of Legends Champions for First-Time Players 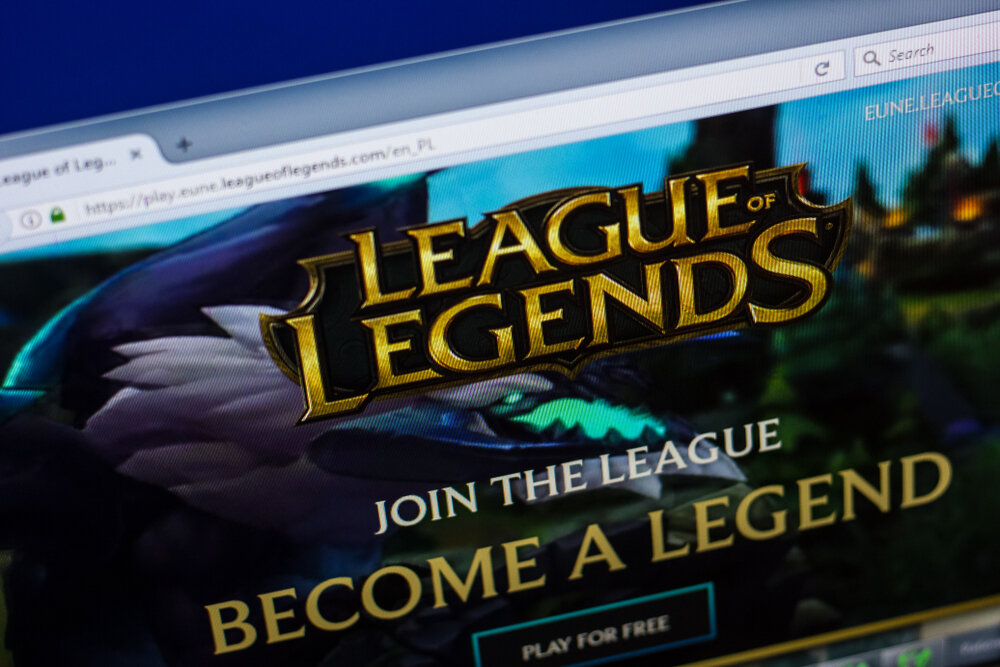 League of Legends is an extremely popular game, with its mobile equivalent, Wild Rift, making its way into the list of the highest esports prize pools. There are 160+ champions in League of Legends, with more than 200 items to buff them in-game during matches, so it's easy to feel overwhelmed when you open the game for the first time. There's a lot to learn, especially if you've never played a MOBA before, so if you're looking for a place to start, then you've found it.

We've made a guide with some of the easiest and strongest champions to start with, so you can start winning your lane and carrying your team to victory while getting a nice variety of gameplay styles.

Garen is a melee attacker who wields a mighty broadsword and wears magic-resistant armor. He's capable of dishing out huge physical damage and has amazing sustainability thanks to his high hit-points and unique passive that lets him heal a percentage of his max health each second after not taking damage for a while. Garen is a very easy champion to use, and with the right items, you can get him to be ridiculously tanky.

All champions have a downside, and Garen's is that he doesn't have much crowd control (stuns, slows, knockbacks, etc.) nor does he have a good way to initiate a fight. However, his abilities have no cost, so don't be afraid to be aggressive.

» Take a look at Garen's abilities﻿

Annie is a ranged spellcaster who has the power to call flames at will and is protected by a giant flaming teddy bear called Tibbers. She excels at dealing burst damage with her abilities and also has a great range on all of her kit. Her ultimate is a great way to initiate fights, and her passive stun provides a great way to control the lane.

Annie has huge damage capability, but she's also slow and squishy and doesn't have any way to escape a fight if she needs to. When playing Annie, make sure to kite away from damage and focus your stun on the enemies' main damage dealer.

Additionally, her stun comes up every 4th ability, so farm with her fireball Q (last hits restore mana) and attack enemies when you have your stun ready. Summoning Tibbers with a stun is a great way to start a fight, and it's easier to land.

» Take a look at Annie's abilities﻿

Ashe is a ranged attacker with the innate ability to wield the true power of ice. Ashe is amazingly easy to play and excels during the laning phase due to her high base damage and long range. Ashe is a bot lane ADC and usually benefits from having a support that can initiate fights and keep her opponents from reaching her.

Ashe is fun and easy to play, but, unfortunately, she's slow, making escaping fights a difficult endeavor. Keep an eye out for enemy jungler ganks during the laning phase, and don't forget to ward!

Above all else, use your range to your advantage! Stay safe and keep poking your opponents, and always save enough mana for your ultimate, the enchanted crystal arrow—it's great if you need to initiate a fight or stun some enemies to provide an opportunity for escape.

» Take a look at Ashe's abilities﻿

Malphite is a magic-based melee attacker whose rocky exterior provides an amazing defense against all kinds of damage. He's a popular pick at most ranks in the LoL competitive scene due to his tankiness and amazing potential for initiating team fights.

Malphite is an easy champion to play, and with the right build, you could easily be tanking tons of damage while still dishing loads of your own to multiple opponents.

Malphite can cast his ultimate, unstoppable force, from brush or through walls and can hit multiple targets. Use this to initiate surprise fights for your team, or even to escape from ganks.

» Take a look at Malphite's abilities﻿

Jinx is arguably one of LoL's most famous characters, and she's also one of the most popular champions to play. She's an easy-to-learn ranged physical attacker that excels at poking her opponents with long-ranged attacks and abilities.

Jinx has huge damage potential and can move around fairly quickly, but she's quite easy to kill as she's got very few hitpoints to work with. Jinx players nearly always have a support in the lane with them and play it extremely safe when soloing a lane.

Jinx's ultimate can travel across the map, so keep an eye out for static fights or opponents trying to escape from a fight. Then, try and snipe them with your ultimate, the super mega death rocket. Timing does take a bit of practice, but it's super satisfying when you land your shot.

» Take a look at Jinx's abilities﻿

Warwick, a melee attacker, has been a popular pick for the jungle since the game launched. He's extremely easy to play, and he's really strong early game, so ganking early and stunting your opponents' progress in lanes is a popular tactic. Warwick's full potential unlocks when he reaches level 6, allowing you to easily pick off unsuspecting enemies throughout the rest of the match.

Warwick is a great initiator and can snowball pretty well in the early game, but even though his damage type is physical, a lot of his damage is magic, so its best to keep an eye out for people building magical resistance.

Warwick's Q, jaws of the beast, lets you jump behind enemies if held down, which makes dodging skill shots and following flash escapes very easy. use Warwick's E, primal howl, when healing during a fight for maximum defense.

» Take a look at Warwick's abilities﻿

Soraka is a ranged spellcasting support who has the highest team-healing potential in the game. Even after her major rework, Soraka is one of LoL's main supports with the highest sustain and can keep her teammate healthy throughout the laning phase. and can help any fight on the map with her global heal (R).

Landing Soraka's Q, starcall, is super important for keeping your health up and enemies away from you. Soraka has huge healing potential, allowing her to help any fight on the map with her global heal (R), but she is slow and easy to poke.

» Take a look at Soraka's abilities﻿

We'll be honest—your first game will probably seem tough and overwhelming, especially if you've joined in with friends who've got higher levels. So we'll leave you with our biggest tip: keep trying—you'll eventually find your lane and the champions you'll love to play in them, so for now, why not try out these listed easy-to-learn champions so you can focus on mechanics and gameplay and start racking up some S+ games!

» Ready to earn some rewards while playing your favorite games? Download Buff and learn how it works﻿